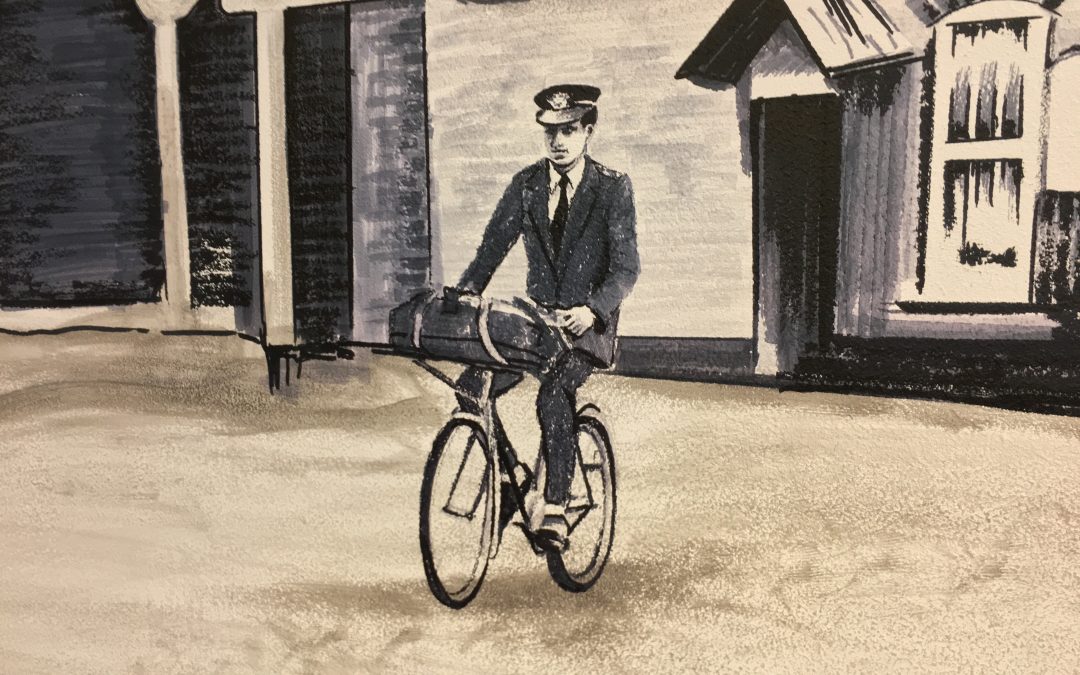 The building where our cosy coffee shop stands today holds a lot of history within its walls and Graham Tippen, a regular customer of ours, takes a trip down memory lane each time he visits. The premises was once a cycle shop run by Graham’s family, and he has kindly put together an insightful account of The Old Post Office’s history, which brings to life the old photographs you may have noticed in the cafe.

My grandfather, Frederick William Tippen, was the first official Postmaster of Marden. He was a clock and watch maker by trade, selling newsprapers, confectionery and tobacco as a sideline. His first shop was further along the High Street, a shop that continued to be a tobacconists and confectioners into the 1980s. It is now a private house. Watch and clock making and repair was a family tradition, with uncles, cousins and brothers having businesses in Headcorn, Lenham and Maidstone.

F.W.  soon realised that this shop was too small and moved into what we all knew as the Post Office and now the Old Post Office at the turn of the 20th Century. With the huge developments in transport at that time, he took the opportunity to expand into the sales and repair of cycles and motor-cycles. This required further space, so the single-storey letter sorting office was moved to the rear of the main building and a new “Cycle Shop” together with the glass-fronted first floor extension was built in 1903. You can see several “before and after” photos adorning the walls of the cafe. Grandfather stands in his long white apron to the door of the main shop (now No.47 next door), with lots of very interesting signs and posters about what was available on the walls and windows. That particular photo was taken between 1903 and 1910, the clue being the Army recruiting poster on the wall, headed “E.R” (King Edward VII) who died in 1910.

My grandfather had five children: Alice; Mabel; Nellie; Arthur; and Herbert (my father). When he died in 1926, the Post Office and newsagency element was taken over by his daughter Alice. The delivery bicycle hanging above the stairs, proclaiming “A.M.Tippen” reflects this, though she wouldn’t have ridden it herself, employing someone instead. Aunt Alice (she never married) would have thought herself above that though, when I knew her, she did have a Standard 8 car that she took on quite long journeys. Like her parents and sisters, she was a staunch Methodist, regularly attending the Wesleyan Chapel just down the road (the remains of the chapel is now the Vestry Hall). She was also a strict tea-totaller and frowned upon her two brothers who liked a drink or two (a habit no doubt acquired during service in the First World War).

Arthur took on the clock and watch side of the business, leaving his brother Herbert to carry on the garage and haulage side of the family business (F.W. Tippen and Sons.) that granddad had set up after that war to give his sons a start in the world. Again there are several photos in the cafe of some of our lorries in the 1920s and 1930s.

Alice left the village in the 1950s when the business was briefly divided, the post office side being taken over by Frank and Jesse Wood before, in turn, being run by John and Vera Pert and in recent times by Will Welby. The cycle shop side was kept by my parents until the mid-1960s when it remerged with the shop next door, only to be separated again to provide the lovely cafe that is there now.

My own memories of the shop where you sit enjoying your coffee or tea date from 50 to 60 years ago. The front window displayed bicycles, or at Christmas-time the latest toys, usually “boy stuff”: trains, cars, garages, forts, soldiers etc). There were shelves, too, stocked with small popular items such as batteries, cycle spares and air-rifle pellets (!!). A staggered, narrow, wooden staircase, much narrower than now, curved up to the first floor. In this light and airy space was where cycle repairs were carries out, as well as watch and clock repair though this was much less in demand than before WW2. It was as much fun then, during my school holidays, to sit watching the comings and goings of the High Street and Maidstone Road through this big glass window as it is now. There was also a door on this floor linking the two halves of the building, once upon a time, the family bedrooms being above the shop. 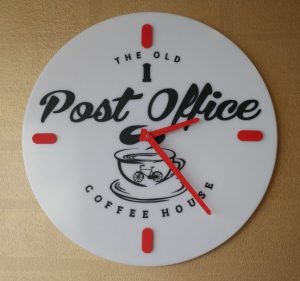 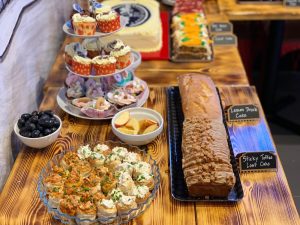 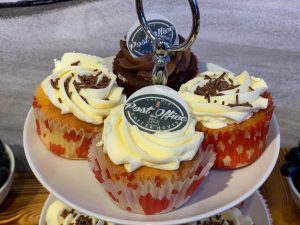 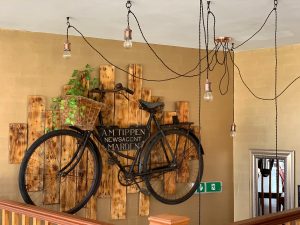